The PISO-C64U universal PCI card supports 3.3 V/5 V PCI bus while the PEX-C64 supports PCI Express bus. These cards provide 64 optically isolated digital output (DO) channels, each of which includes a darlington transistor that provides 3750 Vrms isolation, and an integrated suppression diode for inductive load. These DO channels are allocated into four isolated banks when using four isolated external power supplies. These DO channels act as an interface to field logic signals, eliminate ground-loop problems, and isolate the host computer from damaging voltages. These cards contains has a single DB-37 connector and a single 40-pin male header, each of which contains 32 output channels.

The PEX-C64 and PISO-C64U also adds a Card ID switch on-board. Users can set Card ID and then recognize the board by the ID via software when using two or more PEX-C64 and PIO-C64U cards in one computer. 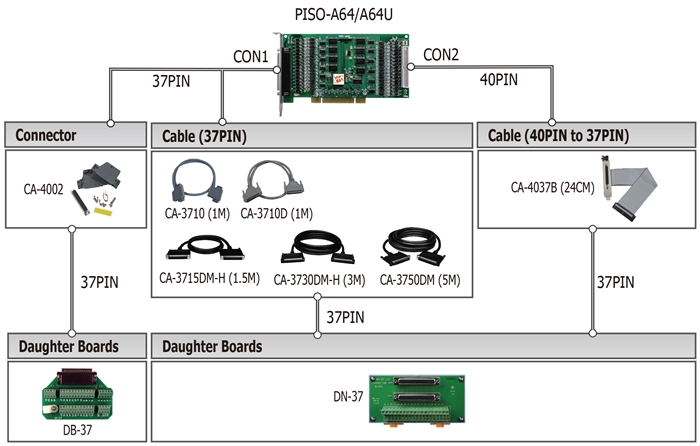