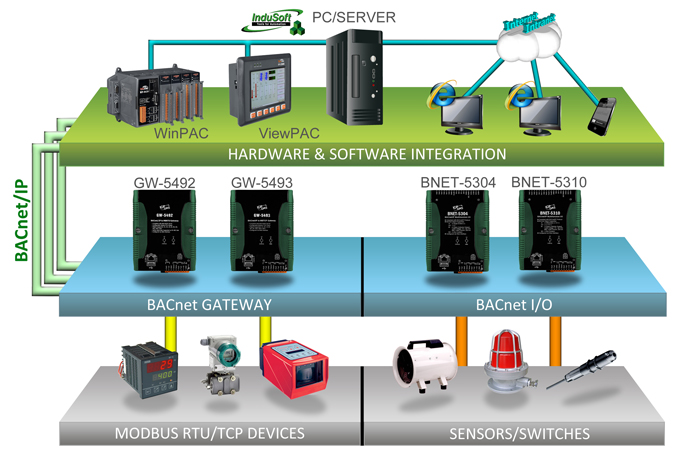 The BACnet protocol defines a number of services that are used to communicate between building devices. The BACnet protocol also defines a number of Objects that are acted upon by the services. The objects include Analog Input, Analog Output, Analog Value, Binary Input, Binary Output, Binary Value, Multi-State Input, Multi-State Output, and Device…etc

The BACnet is based on a four-layer collapsed architecture that corresponds to the physical, data link, network, and application layers of the OSI model. The application layer and a simple network layer are defined in the BACnet standard