EtherNet/IP is the name given to the Common Industrial Protocol (CIP), as implemented over standard Ethernet (IEEE 802.3 and the TCP/IP protocol suite).
EtherNet/IP was introduced in 2001 and today is the most developed, proven and complete industrial Ethernet network solution available for manufacturing automation, with rapid growth as users seek to harness the advantages of open technologies and the internet. EtherNet/IP is a member of a family of networks that implements CIP at its upper layers. 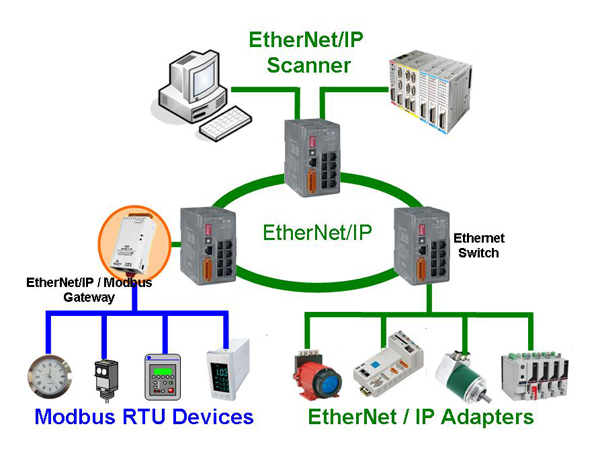 EtherNet/IP is one of the open network standards, like DeviceNet and ControlNet. It is an industrial application layer protocol for industrial automation applications. Ethernet/IP uses all of the protocols of traditional Ethernet including the Transport Control Protocol (TCP), the Internet Protocol (IP) and the media access and signaling technologies. Building on standard Ethernet technologies means that Ethernet/IP will work transparently with all the standard Ethernet devices found today. EtherNet/IP application layer is based on the “Common Industrial Protocol” (CIP) which is used in both DeviceNet and ControlNet. This standard organizes networked devices as a collection of objects. It defines the access, behavior and extensions, which allow vastly different devices to be accessed using a common protocol. Building on these protocols, Ethernet/IP provides a seam-less integrated system from the Industrial floor to the enterprise network. 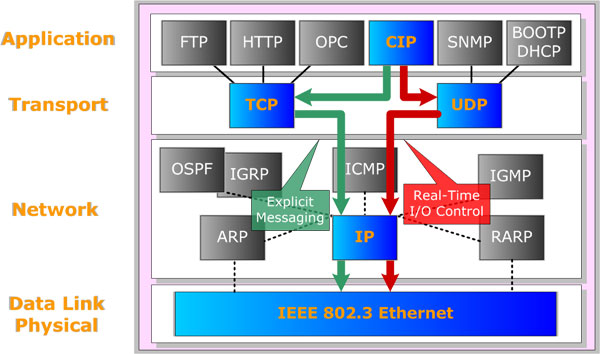 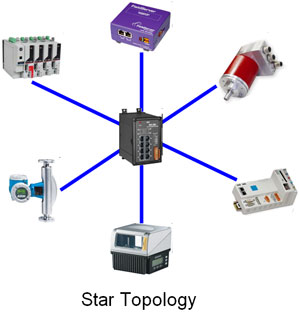 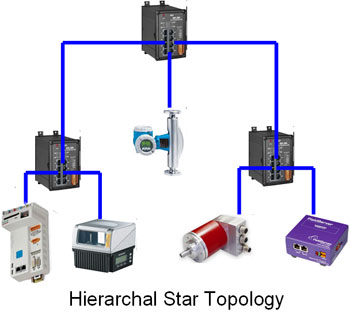